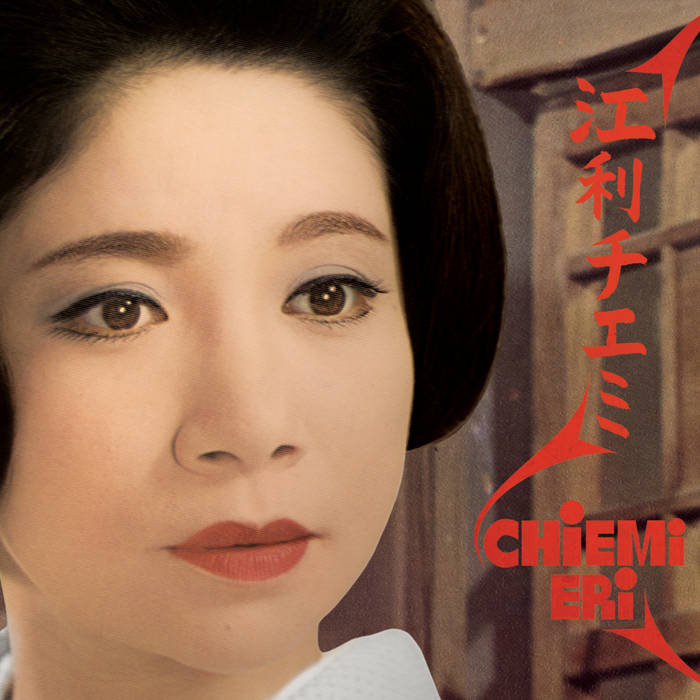 With its second release, Akuphone keeps exploring Asia with an original compilation of Japanese singer Chiemi Eri. This edition – which is available in vinyl record, CD and digital - includes exclusive liner notes and a rich calligraphed booklet containing the romanization of lyrics. It encourages to (re)discover Chiemi Eri’s recordings. On this compilation, Akuphone has brought together 16 songs from 10 inches albums originally released by King Records (Japan) between 1958 and 1962.

As the daughter of a musician father and a singer mother, Chiemi Eri (1937-1982) grew up in a musical environment. When she was still a teenager, she started a career as a singer on US military bases. She became famous by singing numerous classics from the post-war American musical repertoire. At the age of 14 she recorded the song Tennessee Waltz with King Records, which turned out to be an immediate success, the first of many others.

Chiemi Eri is considered as one of the most famous Japanese singers of the 20th century, more precisely of the Showa era (1926-1989), named after the Japanese emperor of the time, better known under his westernized name Hirohito. Both a singer and an actress – she played in more than 50 films, as well as many theatre plays – she definitely made a mark in the post-war Japanese cultural landscape, along with fellow singer-actresses Izumi Yukimura and Hibari Misora.

The success of these true national icons, who were nicknamed « the three sisters », can be connected to the specific context of the time, that is the cultural opening of Japan which, although initiated a century before, accelerated with the US military occupation of the archipelago (1945-1952). This period saw the import of popular musical styles of the time: jazz, be-bop, swing, mambo, etc, as well as the development of a hybrid musical style - the Kayokyoku - which consists of a delicious mix of so-called “western” music with Japanese music.

Combining vocal jazz, Latino rhythms and Japanese folk, this new compilation of Chiemi Eri offers an original musical syncretism. Supported by Tadaaki Misago and the Tokyo Cuban Boys – the oldest and most prolific latin-jazz group in Japan – Chiemi Eri sings themes, in Japanese, that are mainly taken from the traditional folklore. Thus, the drums and brass of the Cuban arrangements are mixed with the Min’yo, which shows how rich these folk songs are: every region, every local tradition, every event is celebrated by a particular song or dance. Chiemi Eri also reveals the vocal prowess specific to the Min’yo, in particular the kobushi, a sort of melisma – this vocal technic that consists in singing a single syllable while moving between several different notes in succession.

This compilation, which surprisingly blends Min’yo and latin-jazz elements, invites to the discovery of the archipelago from a different perspective.