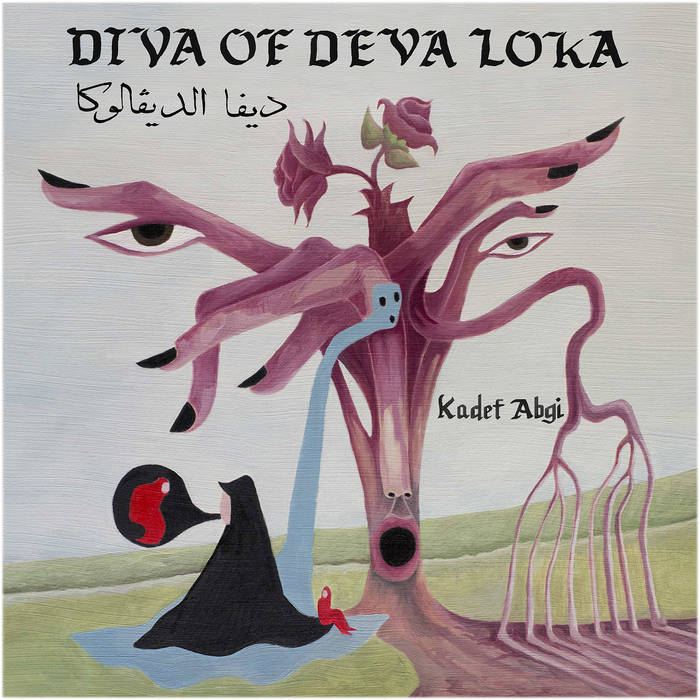 Harsh Agarwal It is rare that I come back to an album so many times within the same year, but every listen has something fascinating to offer. The story of how this album came about is also so beautiful. I guess we can thank our stars that the chance meeting happened which resulted in this beautiful album.

In my mind the seminal Gnawa-Jazz album of our times

a made up reality

Kadef Abgi came together in a serendipitous way. Devin Brahja Waldman was walking up St. Laurent borough in Montreal when he heard an otherworldly voice emanating from the venue Divan Orange. He walked in and listened to the singer on stage. When he was done, Devin walked over to him. After a short exchange about playing a house show in a couple of days, Ziad Qoulaii told Devin that he was available for all his projects. Shortly thereafter, Devin and Ziad met up at Mathieu Pelletier-Gagnon’s studio with Anas Jellouf and Hamza Lahmadi. Later on, Anas Hejam, Vicky Mettler and guitarist Sam Shalabi (Shalabi Effect, The Dwarfs Of East Agouza, Karkhana, Land Of Kush…) joined.

The music materialized in a natural, collectively improvised way, without any compositions or ideas discussed beforehand - and without second takes. From there, Waldman began editing and mixing. Ala Dehghan painted the album’s great artwork.

A single composer’s imagination would not have produced Diva Of Deva Loka as it is music created from a collective consciousness unfolding in real time. The album has its roots in each musician’s sonic experience: this includes Arabic music —including most notably Moroccan Gnawa— as well as rock ‘n‘ roll, jazz and the avant-garde.

Devin Brahja Waldman is a New York saxophonist, drummer, synthesizer player and composer. He has performed with Patti Smith, Thurston Moore, Lydia Lunch along many other artists. He has also accompanied his aunt, the poet Anne Waldman, since the age of ten. He leads a NYC/Montreal-based band, B R A H J A, performs in Heroes Are Gang Leaders and is a member of Artists For A Free World Marching Band. Along with Anne Waldman and his cousin Ambrose Bye, Waldman co-directs Fast Speaking Music—a still-active music and poetry label which has released the works of Amiri Baraka, Meredith Monk, CA Conrad, and many others.