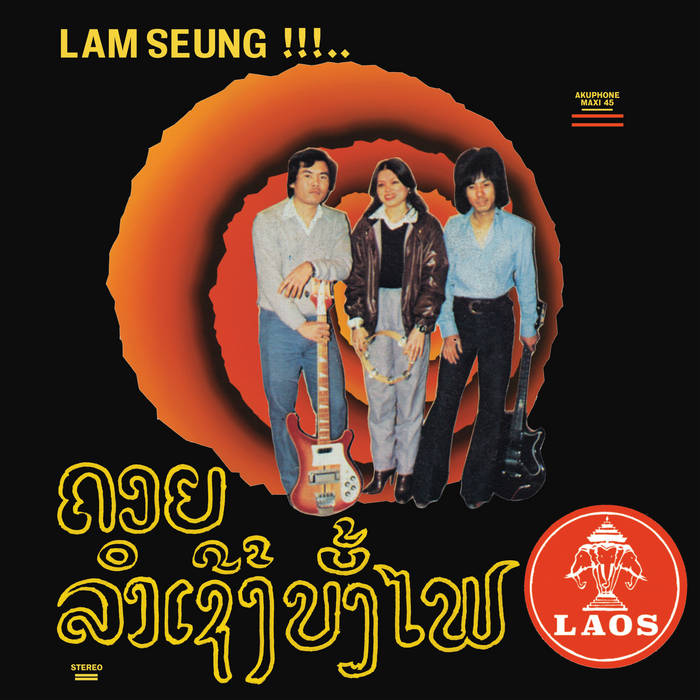 Slow paced drums with offbeats softly phased with the guitar, misty takeoffs from the synthesizer: a hazy idyll is starting off on the road to the rocket festival (bun bang fai). Answering each other on the responsive mode of the lam soeng, Sothipong engages in a flirt but Oulay Vanh is not ready to trifle with just anybody.

As a stylistic variation of a popular Lao musical genre, the lam soeng was the source of several themes among which the “bang fai” - which is part of the Lao conciliatory festivities preceding the rainy season - remains one of the most renowned.

However, the producer and composer of these songs, Sothy, created an unusual arrangement: the instrumental introduction separates from the sang canon, the synthetic mix is stripped down of the traditional organology - everything here becomes unsettling for a listener familiar with the genre.

Everything comes with a reason: the record was edited in 1981 under the title Sothy Productions yet produced in France by the Parisian label Oxygène (famously known for its unforgettable first French punk compilation 125 grammes de 33 1/3 tours). Chansons Laotiennes still remains hard to classify.

And then who’s Sothy? Along with the unverifiable identity of the seemingly Laotian singers, skepticism gains ground concerning the man behind the pseudonym. Is he an escaped musician from one of the first Cambodian rock bands of the 1960s? A surviving producer from the 1980s Paris? Or a composer in transit in one of the many places of the Laotian diaspora? Sothy eludes any researches and disappears behind his numerous homonyms.

The second track is just as enigmatic: a beat box, a lightly reverberated voice as well as a guitar solo and a small synthesizer break, “Tuei” or “Tawai” [offering] (as the writing on the record suggests) makes way to dancing step and a truly joyful melody. Twisted and lively steps on a romantic background tune turn this second track into a genuine paslop - a program recommended by therapists to relieve muscular pains due to seated positions: you will unlock your pelvis with some synchronized Laotian choreographies.

For their first edits, Akuphone called on a young Parisian producer. Shelter, aka Alan Briand, mingles his own mixes and electro productions with a large variety of influences and styles: krautrock, disco, traditional music, psychedelic, synth pop, ambient, bossa nova, Japanese funk. He produces both original compositions and remix.