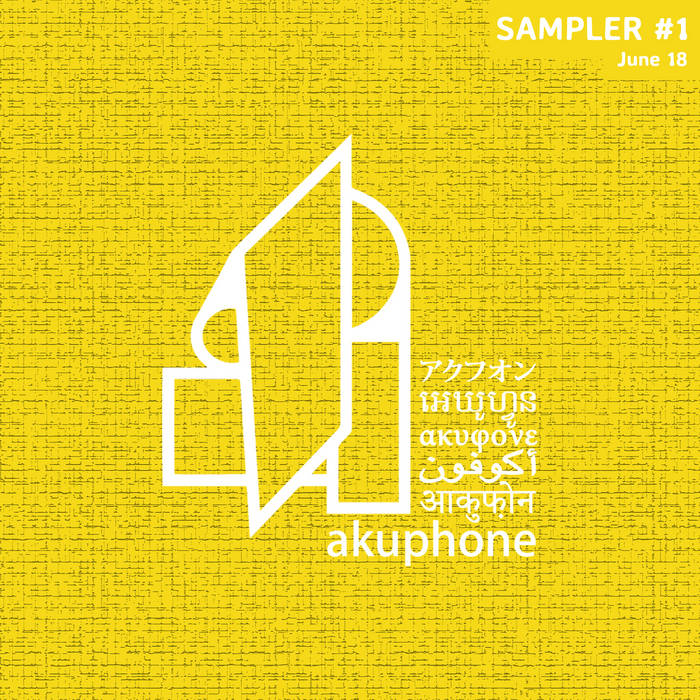 This sampler is the best way to discover the universe of Akuphone.
Digital only.

Launched in 2015, Akuphone is a French record label based in Paris. Created by Fabrice Géry (aka Cheb Gero), this independent name is dedicated essentially to rare global Pop & Folk Music. From the 1940’s to the 90’s, from 78-rpm microgroove to cassette tapes, Akuphone handles the whole range of audio broadcasting formats.

Akuphone’s productions are limited editions that range from new extended releases of vinyl records to creating original best of albums of artists and thematic compilations, as well as productions of today’s artists.

The catalogue is available in vinyl, CD, as well as digital formats. Each project starts with the restoration of original sound recordings and sleeves, to which a thorough documenting work is added: lyrics transcription and translation, research on the artist’s biography as well as the historical and political context of the original release.

Fabrice Géry, founder of the label, is a music enthusiast and collector, who worked as a record dealer for many years. He launched Akuphone in an “archiving” spirit, drawn by a desire to “explore the world through music”. In an archaeology-like approach, his goal is to put into the limelight the work of artists - musicians and singers - unknown to the general public or fallen into oblivion in the so-called “Western countries”. Far from supporting a romantic or fetishist vision of extra-Western music, the label aims at linking these productions to their historical and political contexts, placing them back in the social and cultural conditions in which they emerged. Motivated by this project, Martin Jay joined the label to contribute to its development.

Exploring the World in music

Akuphone follows in the wake of such collections as Ocora, Le Chant du Monde, Lyrichord and Folkways Records, although contrary to these, it does not aim at the “purity” or “authenticity” of these cultural forms of expression, so dear to the conservative approach of ethnomusicology. Rather on the other way, Akuphone’s productions attempt at decentring one’s point of view, one’s way to look at and listen to things through musical styles which have been shaped by the flow of intercultural exchanges – emphasized by globalization – and their various fusions. Akuphone ambitions to promote “hyphenated music” and its diversity without emphasizing such ambiguous notions as intermixing and hybridity, which can be considered as commonly accepted stances tinted with eurocentrism.

Its second line consists of ritual and ceremonial music: compiled according to the various types of rites (daily rites, spiritual or ceremonial rites), these field recordings originate from all parts of the globe.

Its third line concerns what can be called « propaganda music ». This collection includes a selection of original compilations that aims at rendering political and historical contexts through struggle hymns and revolutionary tunes.

Its fourth and last line is composed of works by current artists representative of the « hyphenated music ».