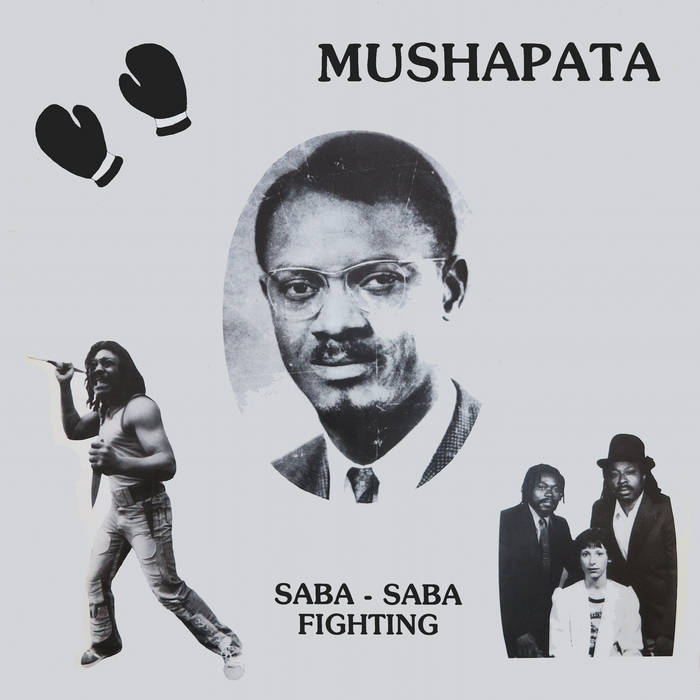 « A Fantastic mixture of Brakka, Reggae & Afrobeat Recorded between 1980 and 1984 from the underground Afropean boxer Mushapata »

“Saba-Saba Fighting” or fighting for peace, is the message that Mushapata, a legend of the African reggae underground scene in Paris with an extraordinary destiny, has fought for all his life.

Born in Bukavu, a city nowadays located in the Democratic Republic of Congo at the border with Burundi, Mushapata arrived in France at the end of the 1970s to pursue his career as a boxer. A few years later, revolted by the professional sports industry, he became a personal protection agent on the advice of his manager. He escorted many celebrities among whom Bob Marley during his legendary French tour of 1980. This encounter awakened the musician hidden behind the boxing champion. Mushapata had stepped out of the ring but he kept fighting with music, lyrics and his band Saba-Saba Fighting.

Ignored by the record labels of the time, his first self-produced recordings reveal a rough mix of lo-fi reggae, afrobeat rhythms accompanied by a brass section close to Free jazz. The nonchalant sounding voices of Mushapata and Tshayi complete this explosive cocktail and carry, in Swahili language, the Pan-African ideas of Lumumba and other great figures of African-American struggles.

This maxi single, conceived as a mini-compilation tribute, includes 4 titles from the first two albums recorded between 1980 and 1984. Limited edition!